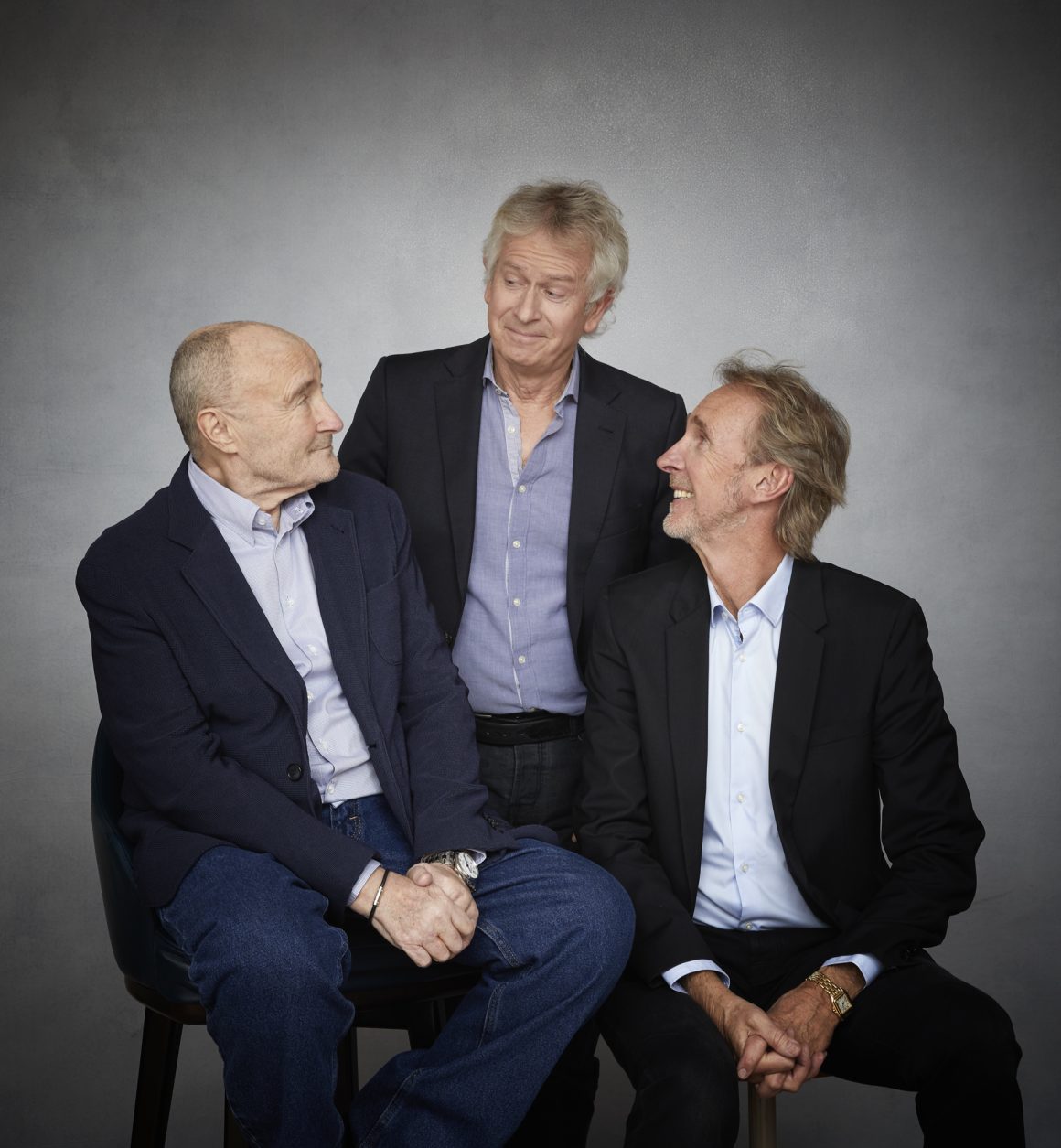 THEIR FIRST TOUR IN 13 YEARS

Genesis have added an extra Dublin date due to phenomenal public demand. Tickets are on sale now for the extra date at Dublin’s 3Arena on 17 November 2020.

Genesis will now perform two Dublin dates at the 3Arena on 16 and 17 November 2020. Tickets  €69.50(including booking fee) are on sale now from Ticketmaster.

Genesis, who are among the biggest selling recording artists of all time and one of Britain’s most internationally renowned bands, will be touring for the first time in 13 years.

The Last Domino? Tour 2020 starts in Dublin’s 3Arena on 16 November and will be Tony Banks, Phil Collins and Mike Rutherford’s first live outing together since the globe-trotting, sell-out Turn It On Again: The Tour in 2007. They will be joined on stage by Nic Collins on drums, and the bands long time guitar and bass player Daryl Stuermer.

Genesis are one of the world’s biggest selling and most successful bands of all time. They have sold an estimated 100 million albums and have played to sold-out stadiums and arenas all over the world for decades.

The evolution of Genesis is unique, their sound developed and progressed throughout their career and with multiple line-up alterations in the early years, the classic line-up of Tony Banks, Phil Collins and Mike Rutherford took shape in 1976.

‘And Then There Were Three’ (1978) was the first album the band released as a three-piece and spawned the single ‘Follow You Follow Me’ which was their first UK top ten and US top 30 single and proved to be the start of huge commercial global success. The albums ‘Duke’ (1980), ‘Abacab’ (1981), ‘Genesis’ (1983), ‘Invisible Touch’ (1986) and ‘We Can’t Dance’ (1991) followed for the trio, alongside almost constant global stadium tours cementing the band as one of the most successful of all time.

Tony, Phil and Mike reunited again as a band in 2007 after almost 10 years for the Turn It On Again Tour which went on to be one of the biggest grossing tours on the year playing sold-out stadiums around the world.