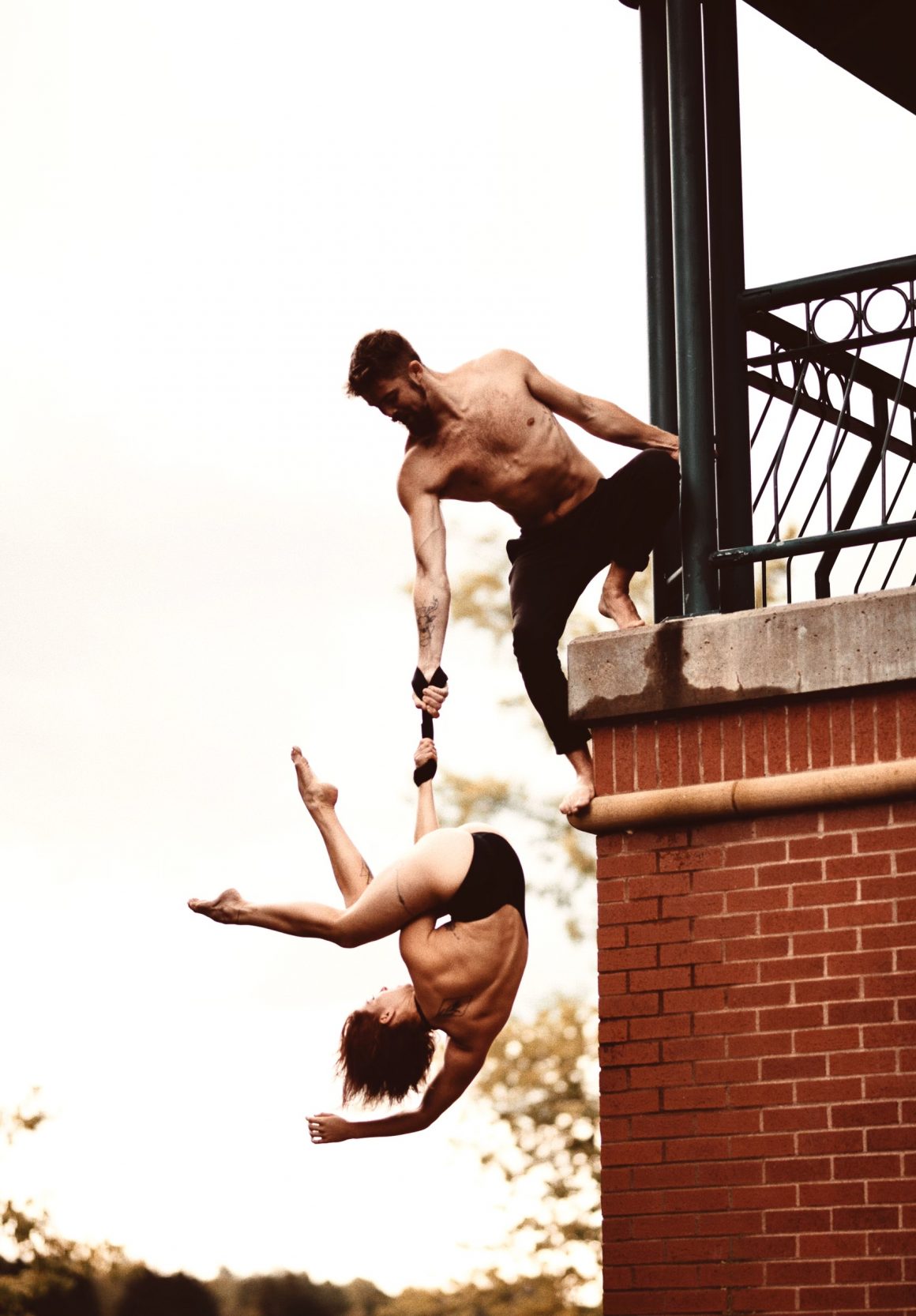 Carlow Arts Festival is usually the first cultural event of the summer and 2020 is set to be no different as festival organisers have announced details of a very exciting festival edition taking place across the Summer. On 6 June – as part of their special 2020 #SLICES programme the online 1 hour special live-streamed performance #SLICE2 takes place.

Taking place on what would have been the weekend of the festival, Carlow Arts Festival is set to live stream #SLICE2 of the festival to an online audience.  The special broadcast on 6 June will feature a stellar line-up of national, international and native Carlow artists. From ‘Exotic v. Baskin: The Micro-Opera’, a Tiger King-inspired micro-opera to Cian Kinsella’s (Lords of Strut) ‘Grow Your Own Way’ to Crash Ensemble CrashLands, Carlow Arts Festival will bring viewers a diverse range of art forms from Circus, Opera, Dance, Comedy, Theatre, Visual Art, New Writing & Music – including newly commissioned and site specific work.

Speaking today, Jo Mangan, CEO & Artistic Director of Carlow Arts Festival said: “In two weeks time we should be commencing Carlow Arts Festival 2020, expecting over 55 thousand people onsite across the period, providing employment for hundreds of artists and crew and having a significant impact on the local economy. We all know why this cannot happen in 2020. We are however a versatile and forward looking organisation, and one that is not shy of embracing new ways of working which is allowing us to pivot in 2020. The feast of arts and cultural treats Carlow Arts Festival has come to mean has changed. We are determined to take this as an opportunity. Thanks to digital technology, we’ve been able to rethink, reset and reinvent what we do in 2020. This is the festival even we didn’t know could happen, and features acts from Argentina to Austria, the USA to Carlow.”

Featuring Louis Lovett (Theatre Lovett) as our festival host, international arts critic Villum Harsch, a mix of live and pre recorded content will be streamed as a live broadcast across Carlow Arts Festival youtube channel and facebook page on 6 June at 8pm – https://www.youtube.com/c/CarlowArtsFestival_Ireland and http://facebook.com/carlowartsfestival. The broadcast will be available to view in its entirety for 1 week after broadcast and will have Sign Language Interpretation and/or Subtitles throughout, demonstrating the festivals continued commitment to accessibility.

#SLICE2 on 6 June will feature:

‘Exotic v. Baskin: The Micro-Opera’ (USA / Berlin / Ireland), a Tiger King-inspired micro-opera. This operatic riff on the true story behind the Tiger King phenomenon is a darkly funny musical duel between zookeeper Joe Exotic and his arch-nemesis Carole Baskin. It is conceived and composed by acclaimed US composer Dana Kaufman, with a libretto by award-winning playwright Tom Swift – the team that created the Reality TV inspired Opera Kardashian and is performed & directed by Lucia Lucas and Ariana Lucas.

In ‘Grow Your Own Way’, Lord Of Strut’s Cian Kinsella (Ireland) will take you on a journey into farming and partial insanity during Lockdown. Emma Martin (Ireland) presents ‘Oh Sweet Future Dream’, a visual essay/mixtape/collage on the dance between reality and imagination using a mash up of original and found material. Christina Zauner Circus (Austria/United Kingdom) will see two Circus Performers literally taking Circus and Dance “Hand in Hand“, exploring the possibilities of spontaneous movement, physical trust and creative cinematography.

In ‘PRECARIZADA’, Josefina Gorostiza (Argentina) presents an explosive dance/music/spoken word piece that confronts us over the relationship between the arts, paid work and unpaid work. Bryan Quinn (of Horsebox Theatre) presents ‘Weekend Of Bernie’ – offered up for adoption by wolves, Spanish Bernie is a man with a chequered future and his determination to take over the Carlow Arts Festival is the only thing keeping him going in these crazy times. Tune in to Bernie’s manifesto from the comfort of your own lockdown.  The broadcast will also feature a new piece ‘Big Mouth’ written and performed by Carlovian and recent Lir graduate Ella Lily Hyland, and delves darkly into sex, drink and comfort food. Felispeaks is a Nigerian-Irish Poet, Performer, Playwright, she presents a brand new commissioned work for Carlow 2020.

Emma Lucy O’Brien, director of VISUAL Carlow will also announce the artists featuring in this year’s ARTWORKS exhibition and Camille Donegan will talk about the exciting Virtual Reality Cinema we have lined up for later in the Summer.

More about #SLICES of Carlow Arts Festival throughout 2020

Although Carlow Arts festival cannot present the full event this year, the team has reimagined what a festival can be using digital tools. Acts from Carlow are presented alongside those from Argentina, Austria, Germany and the USA.

The festival team are excited to share their 2020 programme for #SLICES of Carlow Arts Festival.  These are slices of projects and events that they believe will connect audiences and artists… from a distance, and will include newly commissioned work, Artworks visual art exhibition, VR cinema and exciting new interactive Digitally Native projects and the live broadcast on 6 June.

Carlow Arts Festival are creating novel ways to share experiences over the coming months including:

First up, on Wednesday 6 May 2020, festival director Jo Mangan hosted a panel discussion (with Jude Kelly, CBE – Director – WOW Foundation and former director of the Southbank Arts Centre, Hamish Jenkinson – Creative Director & Co-Founder, The Department &  Richard Norris – Music Producer, Writer) at TechCity Connect – a day of tech, art & culture online. Their discussion about about positive future narratives and a demand for positive change is available to listen to as a podcast at www.carlowartsfestival.com

Online. There will be a one hour broadcast on June 6th at 8pm  featuring pieces no longer than 5 mins each  from  Circus, Opera, New writing, Dance, Comedy, Theatre and Music.
June 6 @ 8pm – Live on YouTube and Facebook– SLICE #3 – Shelter & Place – from 10 June  2020.
Commissioned by Carlow Arts Festival and Cork Midsummer Festival.

Shelter and place is an interactive experience that mixes location mapping, spatial audio and dream-like vignettes. This work by Leon Butler and Peter Power will allow the audience to upload 3D imagery using freely available software from their own place of lockdown and share it with the public. Examining isolation, survival, connection and quiet inequalities, Shelter and Place is a world built from our hidden moments, collected in virtual space in the absence of the real.

– SLICE #4 – Virtual Reality  Cinema – July 2020
Building on the successful VR strand at Carlow Arts Festival 2019,  XR Producer Camille Donegan,  will curate a series of 360 films that will be hosted on our YouTube channel and be accessible to all. For a non desktop experience, VR viewers will be available to purchase on our website where you can use your own smartphone to experience the 360 3D content.

– SLICE  #5 – ARTWORKS – July 2020
Our annual open submission exhibition with VISUAL Carlow will happen later in the year.  Director of VISUAL Carlow, Emma Lucy O’Brien will announce this year’s featured artists as part of SLICE #2 on June 6.

– SLICES 7+ in development.  Stay tuned for more later in the year…