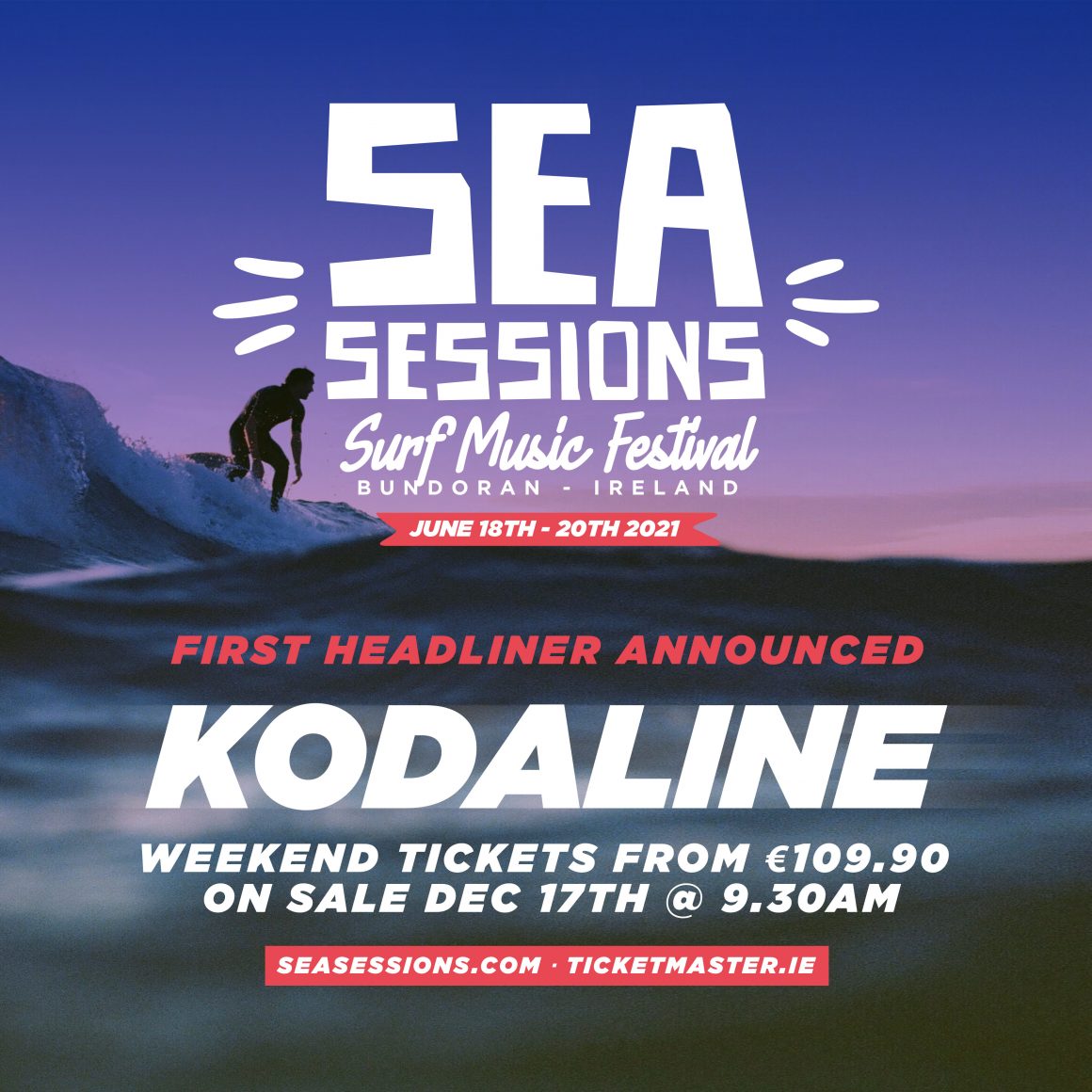 Chart toppers Kodaline have just been revealed as the first headliners for Sea Sessions. With a career that has to date encompassed three #1 albums in Ireland, two Top 5 albums in the UK and more than a billion streams at Spotify, Kodaline are set to ensure that the biggest beach party of the year returns with a bang!

In 2019, Kodaline played some of the biggest shows of their career. At home in Dublin they sold-out two huge outdoor shows at St. Anne’s Park, while a ten-date UK tour culminated with a packed show at London’s historic Roundhouse. Further afield, they hit festivals including Lollapalooza, Benicàssim and even headlined festivals to huge audiences throughout Asia.

Most recently there has been the storming success of their studio album ‘One Day At A Time’, which has now been streamed more than 74 million times and has seen them garner another 10 million monthly Spotify listeners.

Sea Sessions started way back in 2008 and has grown from strength to strength over the years. In fact the last 7 festivals have sold out well in advance and with such pent up demand 2021 should be no different. The whole party takes place right on the beach in Bundoran, Donegal and has hosted some of the biggest International acts on the circuit including the likes of Dizzee Rascal, Bastille, Dermot Kennedy, Tinie Tempah, Paul Weller, Clean Bandit and Picture This to name but a few. Alongside music there’s also Ireland’s biggest Surf Comp’, Skating, BMX, Graffiti, Beach Sports and much more packed into the 3 full days of partying by the beach.

Ray O’Donoghue, Festival Director says “What can we say but 2020 has been a bit of a crazy year. There does seem to be a bit of positive news around now though and things are looking good for Summer 2021. Kodaline are one of those bands that we’ve had our eye on for a while so it’s great that they’ve finally agreed to headline the festival.”

“It might just be the best festival in Ireland” RTE.IE

“Still buzzing from that set at Sea Sessions. It felt so special.” Dermot Kennedy