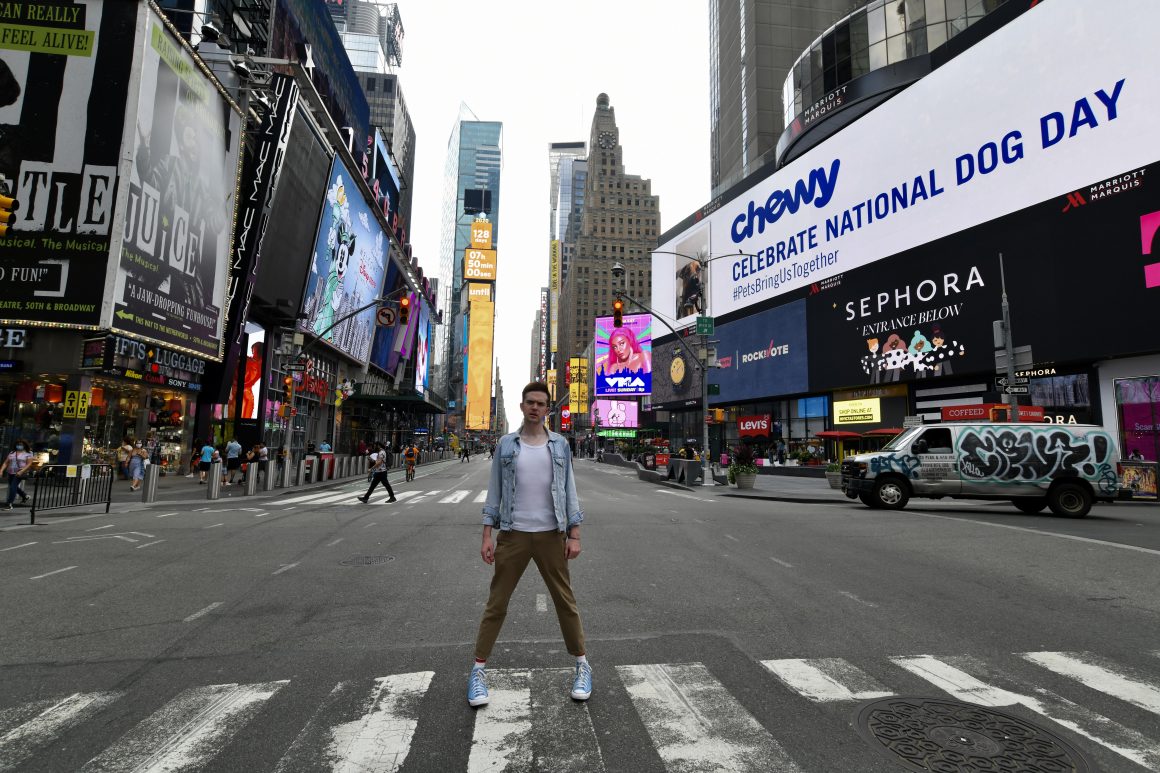 Dubliner Dara Quilty has been cast as the voice over host of MTV’s brand new celebrity game show – ‘Stan vs Stan’ where superfans of celebrities compete against each other to prove they are the ‘ultimate stan.’

Since hosting his final ‘Big Ride Home’ on 98FM and moving his life to New York City at the end of 2019, multi-award winning broadcaster Dara Quilty has gone from strength to strength –  launching his smash hit podcast ‘Dara Quilty’s Different’ and landing not one or two, but three gigs on MTV.

Dara Quilty started his MTV journey appearing alongside international celebrities such as Ed Sheeran, Machine Gun Kelly, Zara Larsson and more on the hugely successful MTV digital series ‘99 People.’ His on-screen charisma and of course Irish accent helped him stand out and impress MTV execs, helping him bag the role of comedic voice over host of MTV’s ‘May The Best Twin Win’ – a dating game show which has racked up 2 million + views and counting.

In March 2020, Dara launched his podcast  ‘Dara Quilty’s Different’ with the goal of creating a conversation where ‘silly and sincere’ could co-exist in serendipity. The new podcast quickly gained huge success thanks to an ever expanding international audience. Each episode fulfills the ‘silly and sincere’ promise –  containing carefully crafted interviews that are both incredibly vulnerable and revealing, yet, at the same time comedic and uplifting. His extraordinarily unique and relaxed style has resulted in many compelling discussions with guests who – just like his audience are undeniably international. Such guests include – globally recognized household names such as Tom Green (MTV, Roadtrip, Charlie’s Angels), comedians such as Mark Normand, Joe List (The Tonight Show starring Jimmy Fallon, The Late Show with Stephen Colbert, Conan and The Joe Rogan Experience), Joanne McNally (BBC TV, RTE) and Jarlath Regan, musicians such as Brendan B. Brown of  Wheatus, Theo Katzman of Vulfpeck and Steve Garrigan of Kodaline and fellow hosts such as Dermot Whelan, Doireann Garrihy and MTV’s Maddy Smith.

Speaking of the past few months Dara Quilty says:“The first thing I did when I moved to New York was build a home studio… not under the impression I was building a bunker! I am so lucky that I can continue my work with MTV as everything moves to almost entirely remote production. I am very excited about what’s to come, ViacomCBS have so many networks!”

Dara Quilty had a long and successful broadcasting career in Ireland, beginning in 2008 at SPIN 1038 and RTE Television, spanning all the way through to 98FM. Throughout his tenure on Irish radio he was a consistent winner of PPI / IMRO Radio Awards, taking home the gold on numerous accounts in both the Music & Entertainment Broadcaster of the Year and Music Programme of the Year categories.

“Dara Quilty’s Different” is available now on all Podcast platforms and iHeart Radio across the United States.