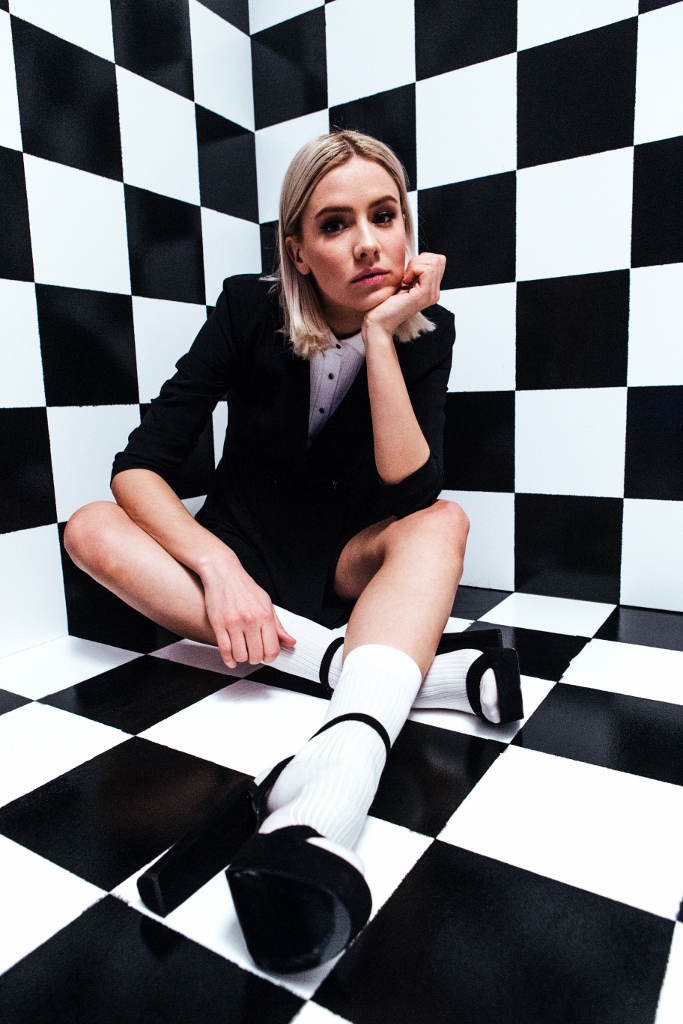 Debut Album To Be Released in Two Parts, With ‘Side A’ Out May 22nd

Norwegian cult pop icon Dagny today (1 May 2020) releases new single ‘Somebody’ – the second track to be lifted from her upcoming debut album. Today Dagny is also announcing that her long-awaited debut will be split into two parts, with the first 6 tracks ‘Side A’ available for streaming on May 22nd and the full album (Side B) to arrive in September later this year.

New single ‘Somebody’ sparks into life with a dance-floor ready rhythm section, before bubbling synths open up to provide a lush backdrop to Dagny‘s unmistakable vocal.

A song written with a goal of conveying the ultimate “in-love” experience, Dagny went on to say: “It’s the all-consuming and exciting feeling when everything is still new. I’ve been lucky to experience it. I find that when I’m in love I feel everything ten times more than usual. With ‘Somebody’ for me it’s not just the lyrics but the whole vibe of the song that represents that: when I listen to it I get a lot of positive energy and I just wanna throw myself into something new and exciting.”

Both new single ‘Somebody’, and the previously released ‘Come Over’ truly epitomise Dagny‘s singular sound, style, and spirit. “Now – more than ever – I am able to be personal in my music. I want to tell stories that mean something to me, but also stories that others can relate to” Dagny said.

Once again, Dagny worked with directing duo TUSK on the video for ‘Somebody’. Comprised of Kerry Furrh & Olivia Mitchell, the pair have recently worked on Camilla Cabello’s single release campaign and live show visuals, as well as creating work for artists including Halsey, Olly Murs, Olivia O’Brien, Nicki Minaj and many others.

2020 will see Dagny release her debut album, with ‘Side A’ out May 22nd. New single ‘Somebody’ is out now via Universal / Ingrooves.

Track listing – Side A

Dagny [Norvoll Sandvik] has officially solidified herself in recent years as one of Norway’s most exciting artists, live performers and songwriters: yielding over 450 million streams, as well as selling out international headline tours along with critical acclaim from Nylon and Billboard to The Guardian and Harper’s BAZAAR. Debut EP ‘Ultraviolet’ received unanimous praise from critics with features such as Billboard’s 10 Pop Stars To Watch In 2017, and VEVO’s Ones To Watch 2017.  Dagny was also nominated for Songwriter of the Year and Song of the Year at 2019 Spellemannprisen Awards (Norwegian Grammys) – the third year in a row Dagny has been nominated. Among her many achievements, Dagny also co-wrote Katy Perry’s recent single ‘Never Really Over’ – racking an impressive 300 million streams on Spotify alone – again confirming Dagny’s undeniable talent as a songwriter. In parallel with these hit releases, she’s establishing herself as one of Norway’s best and most popular live artists. From festival spots at Øyafestivalen, Stavernfestivalen and Bergenfest, to sold out headline shows both locally and internationally.